Four Pillows from One Shower Curtain 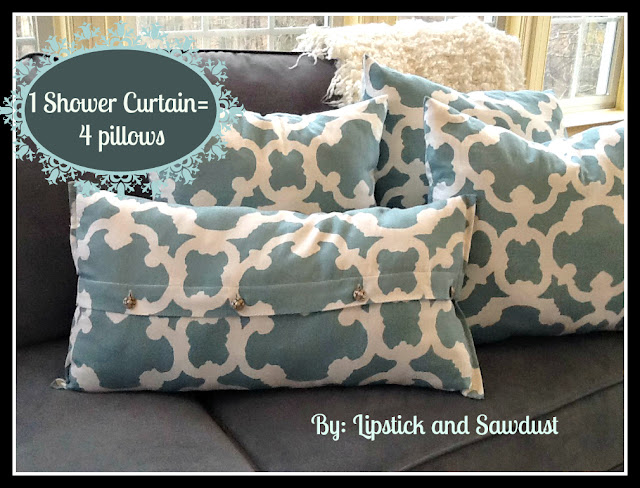 Hello all - my next project....More pillows! This time I got even more creative and tried to make the most of $14.99. I sewed these pillows for a friend of mine.

I suggested while at Target (picking out a comforter and shams) for her to choose a shower curtain (for the fabric only) and I would make her as many pillows as I could from the panel.

Here is the king pin-tuck comforter and shams she purchased.

Turns out I made 4 nice sized ones, I probably could have made another small one but thought 4 would look great with the two shams she already had.

Here is the curtain panel before: 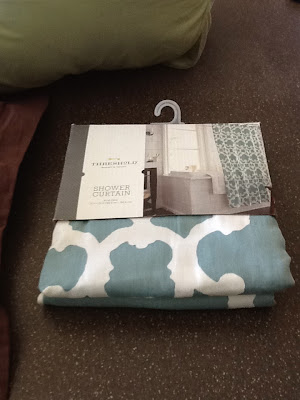 For the inside of the pillows, she gave me an old throw pillow and her pregnancy body pillow- both of these were ready for the trashcan. I love to reuse and repurpose so these pillows allowed me to stuff four of them.

Here's how I made them, this tutorial is really for just the rectangular pillow, to see a tutorial on how to make the square pillows see my tutorial here canvas drop cloth pillows: 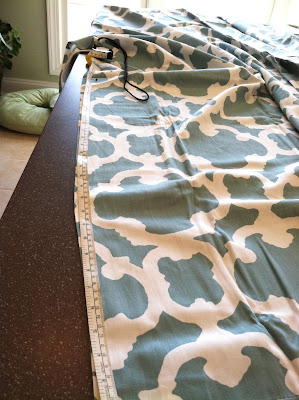 Lay them out and fold them over for a visual to see where the buttons will go. 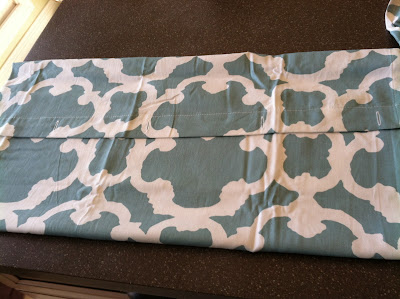 In my case I wanted the buttons to attach about 1/2 way to 1/4 of the way down on the pillow. 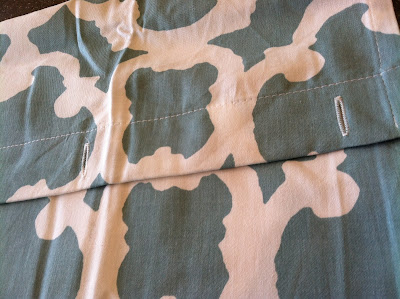 Then I ironed the fabric completely, ironing about 1/2 inch folds completely around the edges. 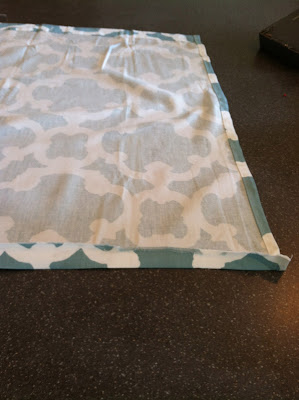 Then I sewed entirely around the fabric with a straight stitch using white thread, sewing completely off the edge each time. 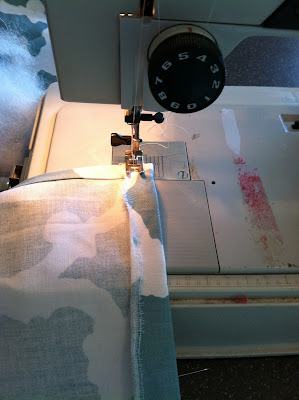 Now I folded over the fabric kind of like as if I was folding a blanket or something to create my rectangle.

Then the top over. 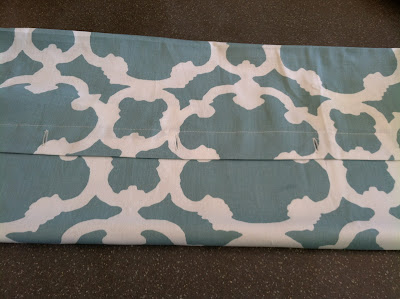 Then sewed the middle part together, right above the button holes, allowing room for buttons. 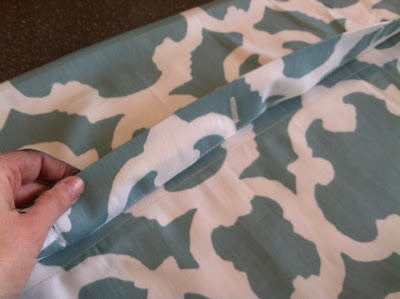 Now, time for the ends, I pinned them together:

Then sewed the right side together by about 1/4 inch in. ( I did not turn inside out) I wanted "exposed" edges.

Then 3/4 of the left side, allowing room for stuffing.

Then I stuffed the pillow: 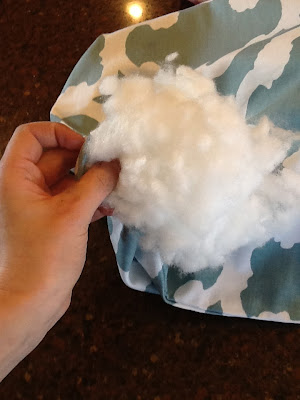 Then sewed the last 3/4 of the left side by hand with a needle and thread.

Then I sewed, by hand the buttons, four of them, under the flap and "buttoned" each hole. 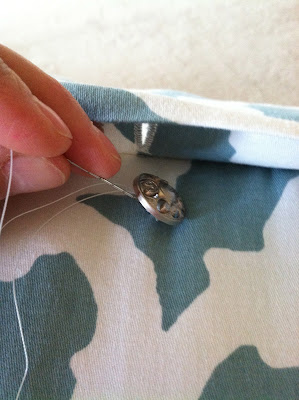 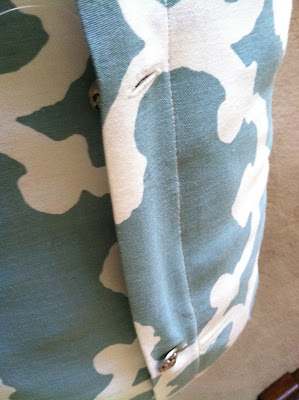 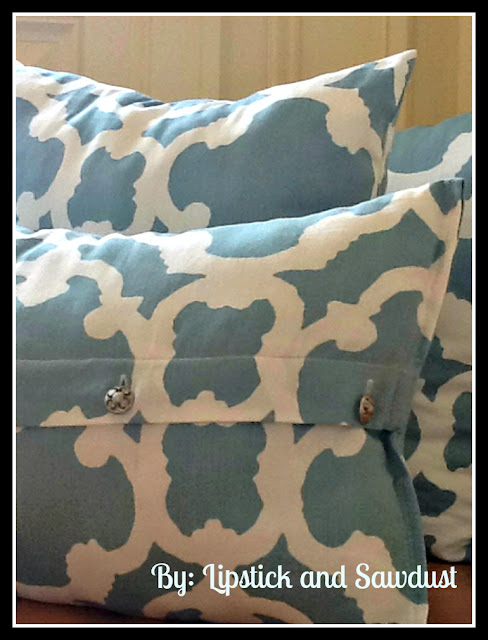 And for the square ones: 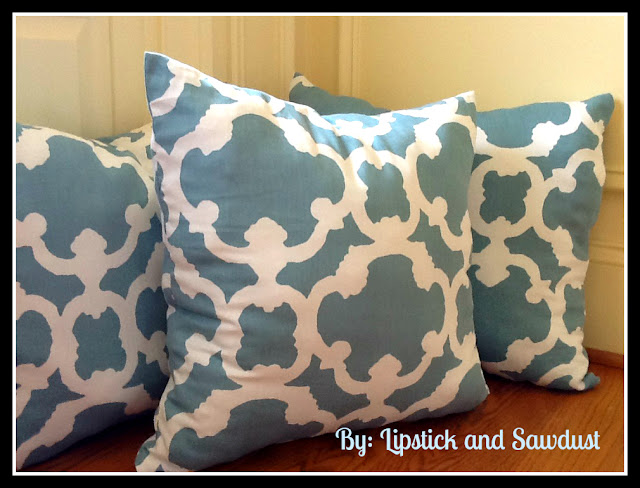 
Posted by lipstickandsawdust at 4:28 PM